Week 1: Microbiology
Each kid gets their own microscope and prepares the samples themselves. We looked at a Carolina Pond Mixture (purchased because there was about a foot of ice on our local ponds) and samples from an indoor koi pond at the Sharon View Nursery. All of the micrographs below were taken with a smartphone through the kids' microscopes.

World in a drop
Look at a variety of microorganisms under the microscope. In the winter, these will come from a purchased mixed culture of amoebas, paramecia, and others. In the months of open water, I’ll bring in local samples collected from lakes, swamps, and/or puddles.

Look at your cells
Take a look at your own cells (cheek cells) under the microscope and see the effects of a common cellular dye. In most cases, you can see bacteria on the cells as well (especially if you don’t brush your teeth beforehand). 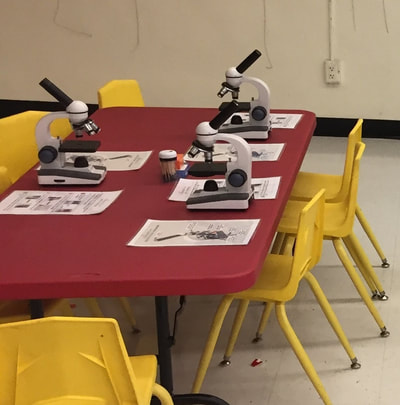 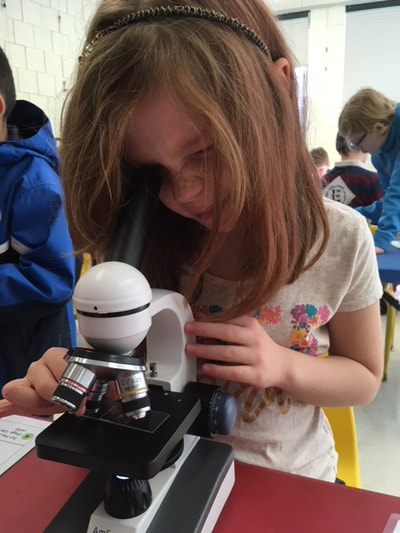 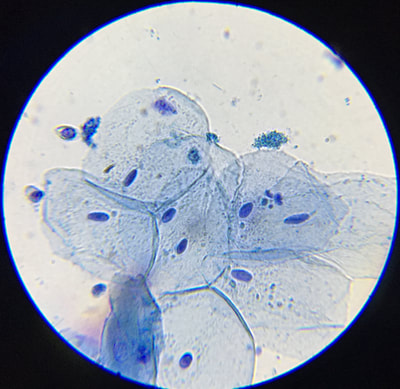 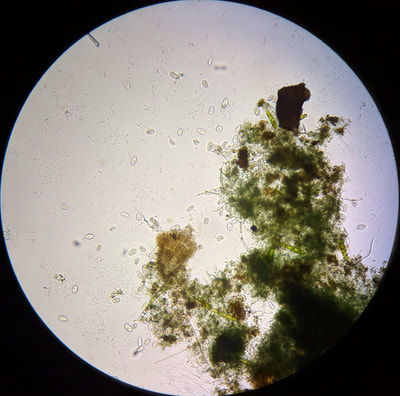 Week 2: Physics/Optics
This is one of my favorites. The kids built their own primitive cameras that shows whatever you point them at. One kid even likened it to a portable TV! We also had an optics exploration zone with fiber optics, lenses, filters, prisms, and a the guts of an LCD projector!

Build a camera obscura
A camera obscura is a primitive camera made with a single lens and a screen. An image of what you point it at is cast onto a piece of paper so you can trace the picture. Several of the Old Dutch Masters, particularly Vermeer, are suspected of using this technique in their paintings!

Build a periscope: You’ll make a periscope with mirrors and cardboard that can be used to peer around corners or over walls. 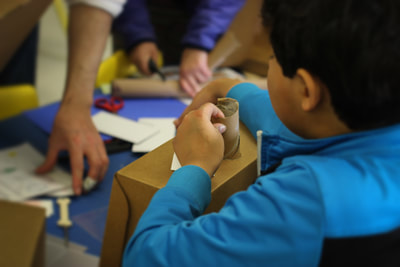 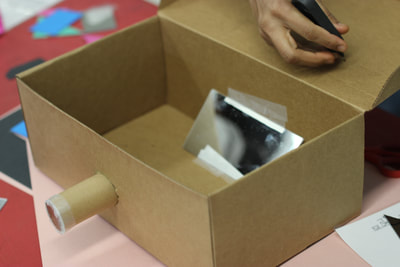 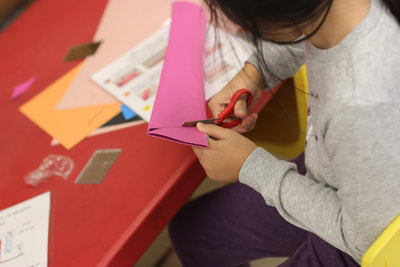 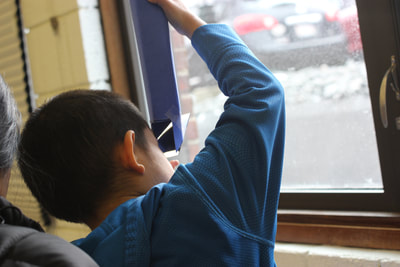 Week 3: Electromagnetics
Make a battery
You will generate your own electricity (enough to light several LEDs) using pennies and washers from the hardware store, or lemons and nails.

Build an electromagnet
You will use the electricity from a battery to make a magnet from a regular ol’ nail. 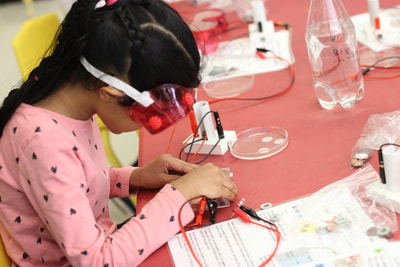 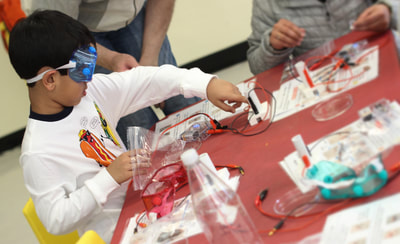 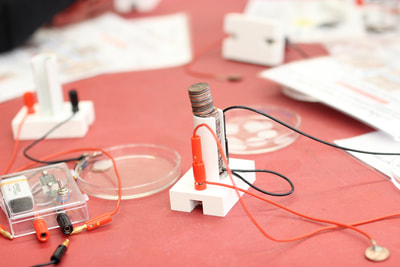 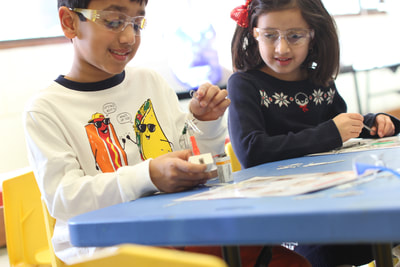 Build a circuit puzzle
​Find out who has the steadiest hand by building a game that lights up when the player their wand along a wire path or – make a quiz show that lights up with correct answers. 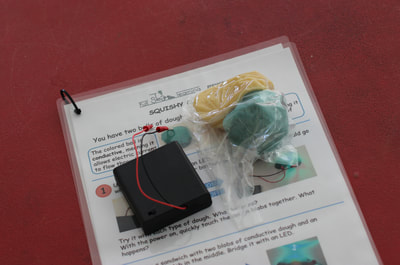 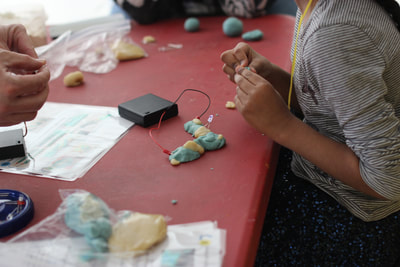 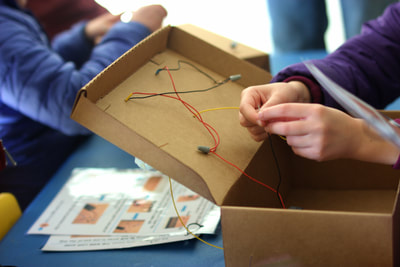 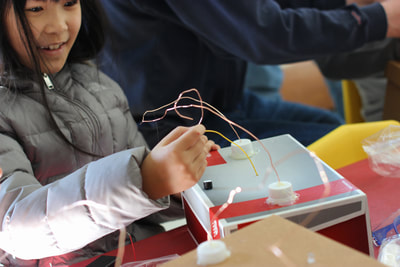 Week 5: Robotics and machines
Brushbots / Artbots
​
Make zany little robots with toothbrushes and off-balanced motors. If you’re feeling artistic, you can build a robot with markers for feet and have them draw for you. 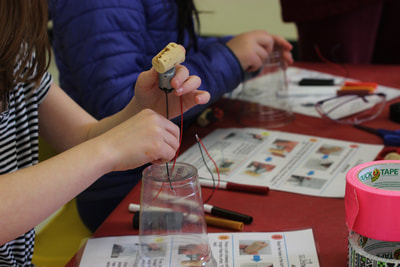 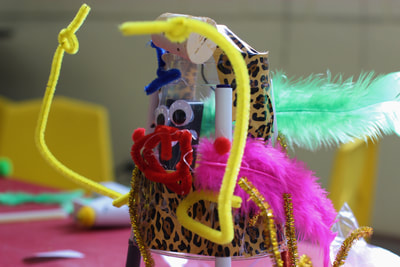 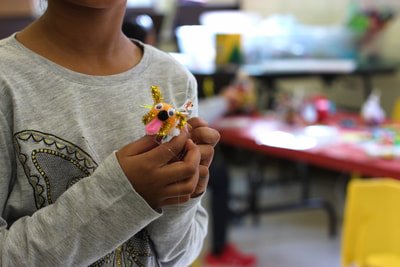 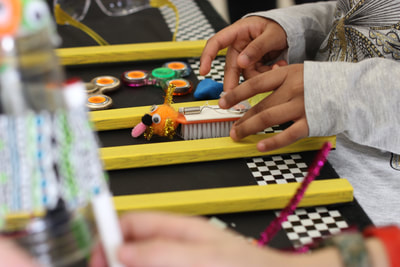 Week 6: Chemistry
Elephant toothpaste
You will mix baker’s yeast with soapy water and hydrogen peroxide. Enzymes in the yeast create oxygen gas, which bubbles out in a quick-rising sudsy foam.

Mystery liquids
You are presented with four clear, colorless liquids and need to figure out which one is the calcium salt, the acid, the base, or the water based on how they react with each other and a cabbage-juice indicator. 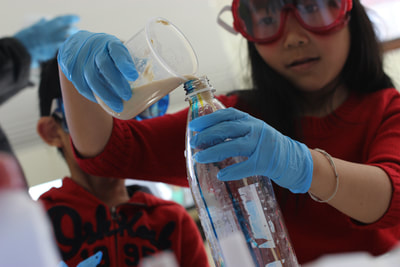 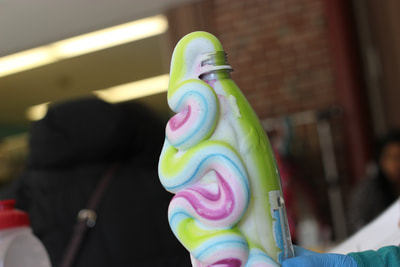 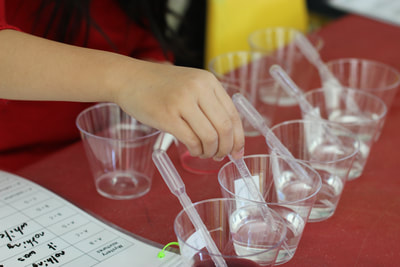 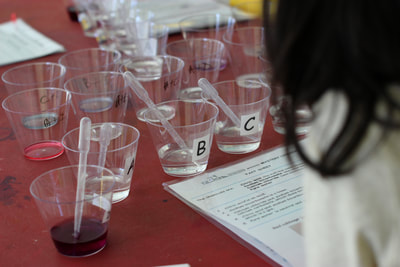